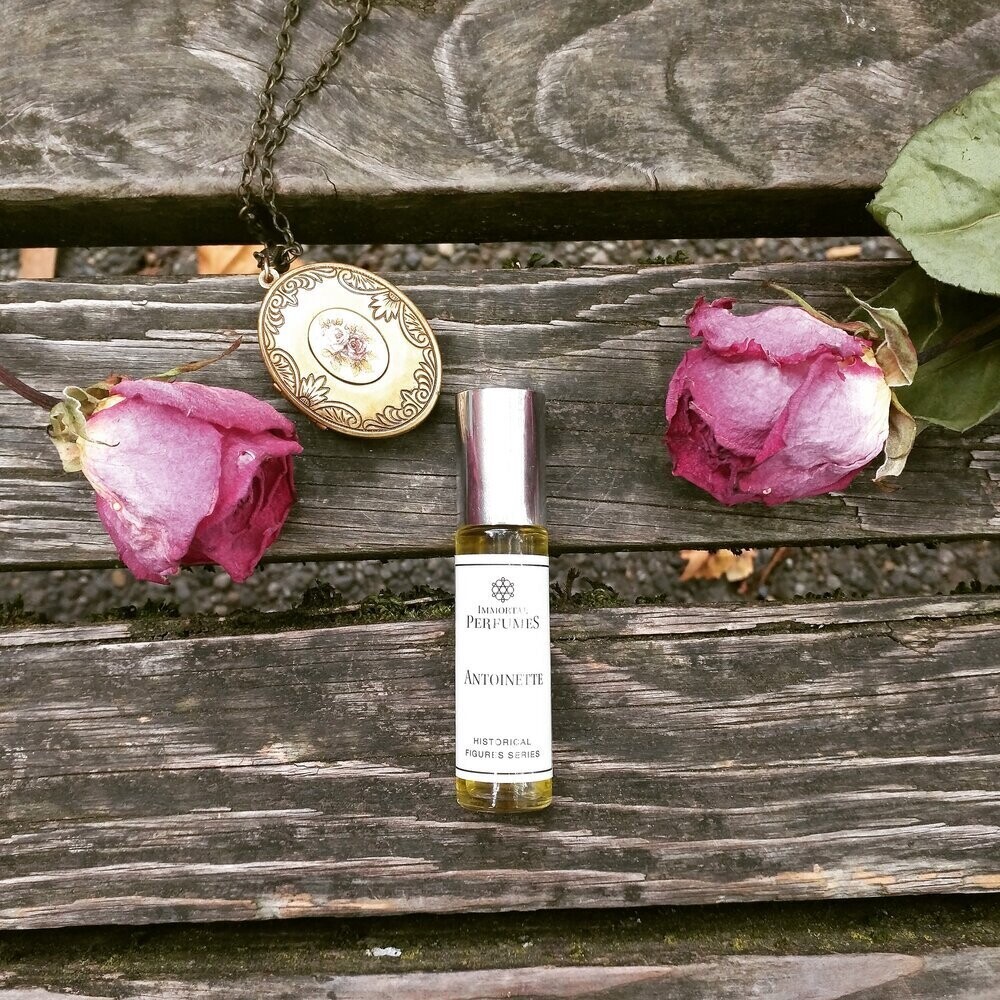 15 year old Marie Antoinette was a bit surprised when she arrived at Versailles instead of the grand imperial palace of the Sun King, Louis XIV, the royal halls were in disrepair and the French court at the time was a bit less than what she'd call hygienic. Feminine and beautiful, the young Dauphine was Frances biggest trendsetter with sky-high coiffures and daring gowns. She put her womanly touch on the palace, helping with extensive redecoration to bring Versailles back to its original glory.She spent many hours in the gardens of the Trianon and at her idyllic, pastoral Hameau de la Reine (a thirty minute or so walk from the palace). It is no surprise that she enjoyed the smell of fresh florals. La Reine Antoinette is inspired by the actual perfume worn by Frances most famous queen. Gentle notes of Rose, Bergamot, and Jasmine accented by fresh moss will make you feel as though you're picking wildflowers in the gardens of Versailles.

Mythbusting: Marie Antoinette never actually said, Let them eat cake, it is largely believed the phrase was made up by Voltaire in an effort to smear the queen. While she had periods of favor, the French courtiers and people mistrusted her due to her Austrian roots France had been in a particularly devastating war with Austria only a few years before her debut at court.

Save this product for later
Display prices in: USD

The International Museum of Surgical Science, a division of the International College of Surgeons (ICS), maintains over 10,000 square feet of public galleries committed to the history of surgery, and an exquisite permanent collection of art and artifacts from the history of Medicine. The Museum supports its Mission through medically themed exhibitions and programs, in addition to a strong contemporary art exhibition program.

Visit us in person!